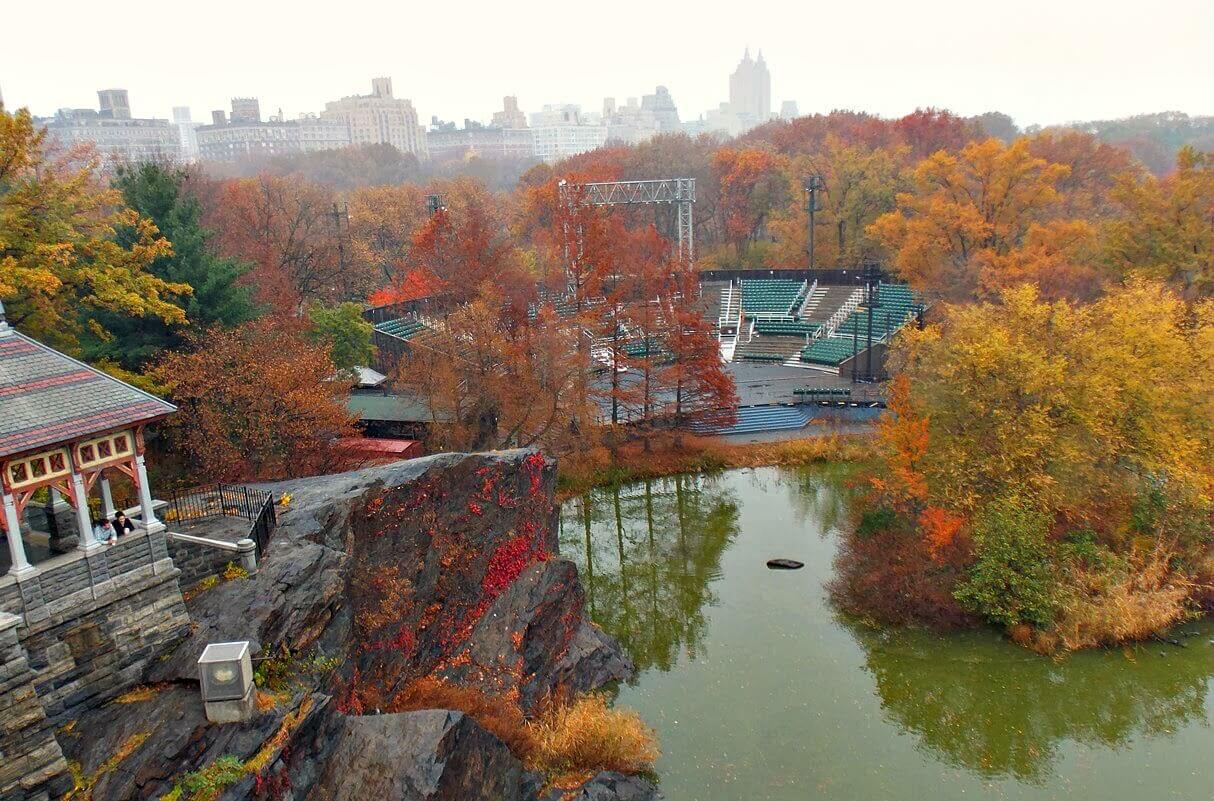 The Delacorte Theater in Central Park

History of the Delacorte Theater

Shakespeare productions have been a popular fixture in Central Park for decades; Joseph Papp began producing traveling Shakespeare productions in 1954. The Public Theater Shakespeare Workshop began performing in Central Park near Belvedere Lake in the 1960s. Soon after, George T. Delacorte Jr., made a sizable donation to build a permanent amphitheater with seating and a stage. The Delacorte Theater opened in 1962. The first performance was The Merchant of Venice, starring George C. Scott, William Devane, and James Earl Jones. The Delacorte Theater in Central Park has hosted other famous names on its stage as well, including Richard Dreyfuss, Kevin Kline, Meryl Streep, and Denzel Washington.

Features of the Delacorte Theater

Central Park West, New York, NY, is home to the Delacorte Theater, which has a seating capacity of 1,872. The stage is within full and unobstructed view of every seat in the theater. Seated in the Delacorte Theater, patrons can take in the stage as well as the Central Park landscape that unfolds behind it. Turtle Pond, formerly Belvedere Lake, is within clear view, and Belvedere Castle sits majestically in the distance.

More than 100,000 patrons enjoy Shakespeare in the Park every season. The season begins in May and runs through mid-August each year. Performances start at 8 pm, and tickets for Shakespeare in the Park are free. Anyone wishing to take in a show needs only to get to Delacorte Theater, Central Park West, New York, NY, on a show day and wait in line to get tickets. The box office opens at noon on show days, and every person can get up to two tickets each. It's also possible to join an online ticket lottery for every show; if you win, you'll get two tickets without having to wait in line.

Plan to take at least a day to explore Central Park while you're in New York City. Sprawling over 840 acres, Central Park is full of lakes, gardens, green spaces, playgrounds, fountains, statues, and more. You can wander through the Sheep Meadow, ride the carousel, and visit the Central Park Zoo. One of the best ways to see the park is to rent bikes with Bike Rental Central Park or take a bicycle tour. You'll cover more ground on two wheels, so you can see more, including the Delacorte Theater in Central Park. See the best of NYC with our top-rated rentals and tours!