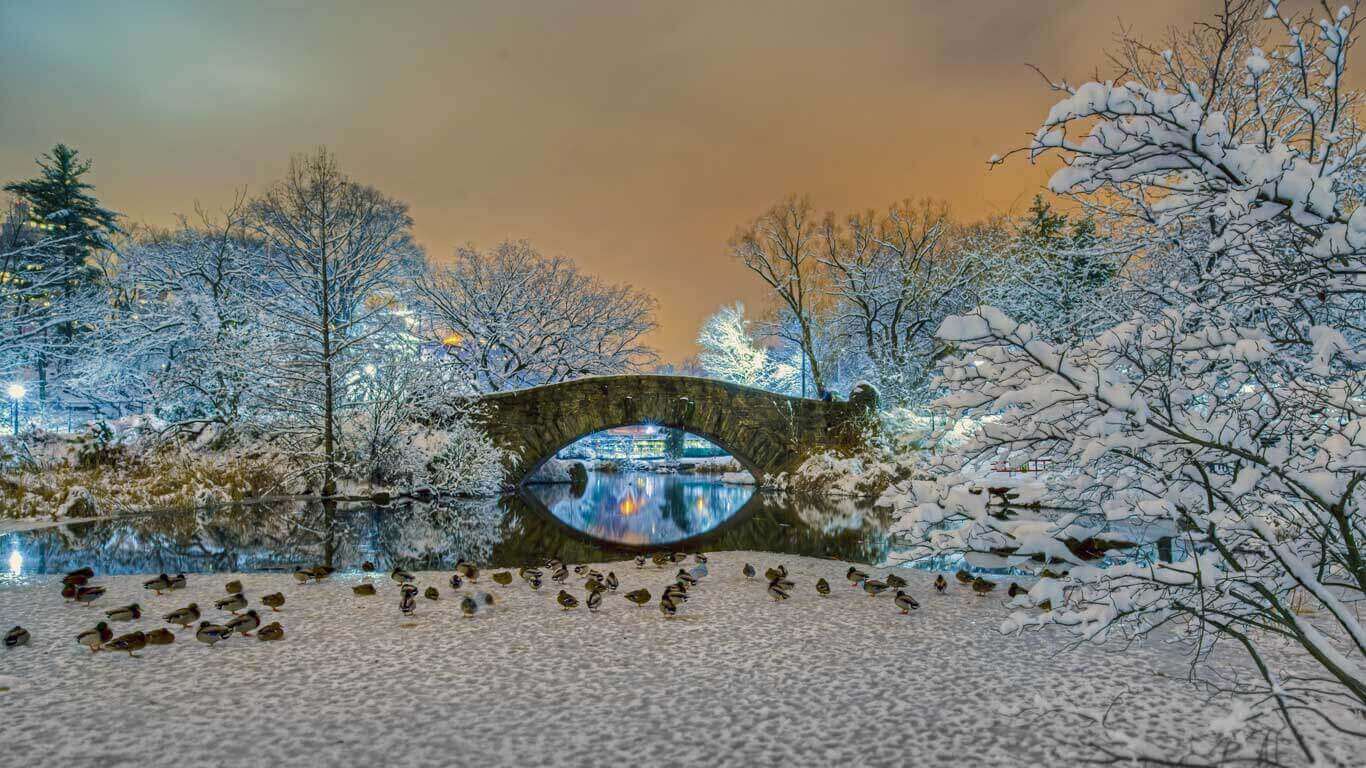 New York City is rich in significant landmarks and breathtaking views, but the largest of the city's significant sights has to be the 840-acre Central Park, positioned right in the middle of Manhattan. Central Park is the backyard of NYC, and it's a safe place filled with attractions that you can easily access by bike, including the famous Central Park Gapstow Bridge. Haven't heard of it? If the name isn't familiar, the sight will be, as the bridge has appeared in countless movies and TV shows over the decades.

The Picturesque Gapstow in Central Park

Located at the northeast part of the Pond, Gapstow Bridge offers a fabulous view of the NYC skyline. The bridge, which was initially constructed in 1874, curves gracefully over the Pond's neck, while its stone architecture adds to its beauty. The Central Park Gapstow Bridge is usually covered with lush, green ivy during the warm season and turns to red-orange during the fall. From the southern part of the Gapstow Bridge in Central Park, you can see famous New York skyscrapers towering over the park's trees as well as the famed Plaza Hotel.

Before the Gapstow Bridge, Central Park, New York, was home to an elaborate bridge made of wood and iron that stood in the same spot. However, this span fell victim to the ravages of time and was replaced in 1896. The new bridge, with a design that closely resembles that of the Ponte di San Francesco in Italy, was designed to last for many years and is mainly composed of Manhattan schist. Its base spans 44 feet, its height is 12 feet, and the side walls are 76 feet long. The northern view of the bridge is obscured by the Wollman Rink, which partially replaced sections of the Pond in the 1950s with a brick bunker and an ice-skating rink.

The Gapstow Bridge in Central Park is one of the park's most recognizable sights, so once you see it in person, you're sure to feel like you're on a film set. Perhaps the most famous film set here, the one most people think of, is Home Alone 2, but plenty of other movies have used this spot in the park for their scenes, from Weekend at Bernie's to Fantastic Beasts and Where to Find Them. Looking for somewhere to set a climactic scene from your own story? The Gapstow Bridge is also a very popular spot for proposals!

No matter why they're looking forward to seeing the Gapstow Bridge, Central Park, New York, tourists are sure to enjoy it, especially when they visit this site and others on two wheels. Biking is a great way to see all of Central Park's top attractions, and with Bike Rental Central Park, you can book a bike rental online in advance and save money and headaches: Just pick up your well-maintained bike, which comes with a helmet and lock, and you'll be on your way in no time! To get the very most out of your journey, consider a guided tour with one of our local experts. But either way, you're sure to have a great experience when you pedal through the park on one of our bikes.