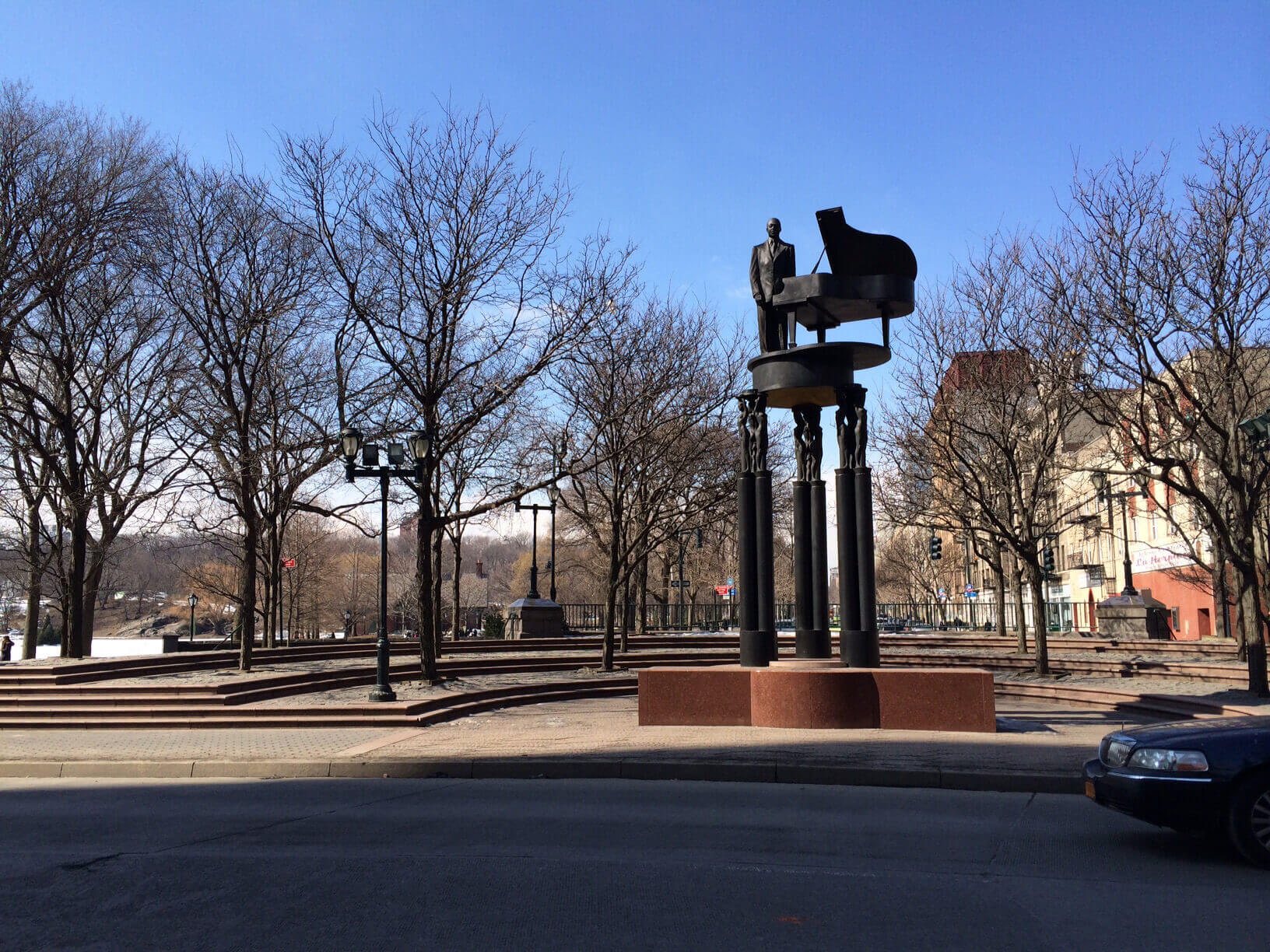 In 1997, a bronze statue of Duke Ellington, legendary jazz musician and composer, was installed at Duke Ellington circle, near the northeast corner of Central Park.

This monumental sculpture was dedicated in 1997 at the circle defining the northeast corner of Central Park at 110th Street and Fifth Avenue, and honors American jazz pianist, composer and orchestra leader Edward “Duke” Kennedy Ellington (1899-1974). Politicians, dignitaries, and Harlem neighborhood residents gathered at the dedication to honor the musician who had played such an integral role in elevating jazz as a major American art form. Ellington is one of four African-American figures honored along Central Park North, which is an area often called “The Gateway to Harlem.” Though the sculpture is representational, it is meant to evoke the intangible qualities of Ellington’s lasting musical artistry, and to serve as a bridge between elegant Fifth Avenue, pastoral Central Park and the Harlem community where “the Duke” achieved much of his fame. When the sculpture was unveiled in 1997, no less than three New York City mayors—Edward I. Koch, David N. Dinkins and Rudolph W. Giuliani—delivered remarks, and musical entertainment included such esteemed performers as Bobby Short and trumpeter Wynton Marsalis. Ellington’s first attempt to break into the New York jazz scene in 1922 met with failure, but he returned the following year, and found regular work. His band took on several accomplished musicians and had a regular engagement at Harlem’s famed Cotton Club from 1927 to 1931. The remainder of his life was spent composing and performing, and his various bands toured extensively in America and abroad. Several of his short works, such as Mood Indigo, In a Sentimental Mood, and Sophisticated Lady are acknowledged classics.