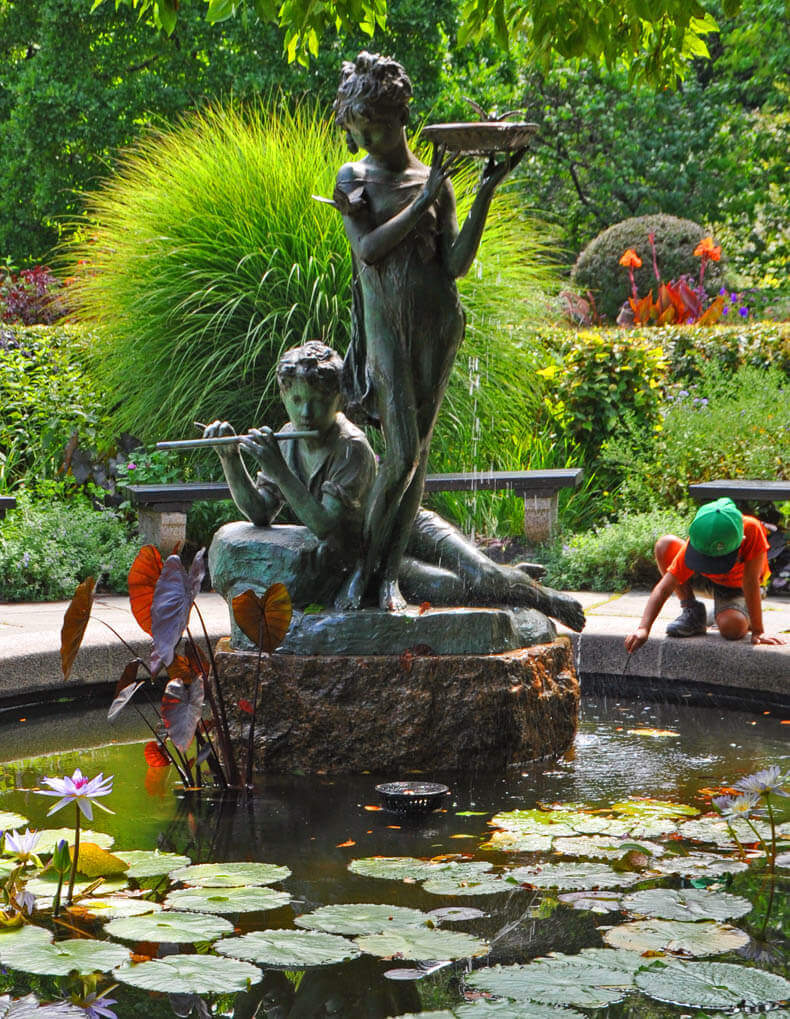 Friends of Burnett wanted to memorialize her after her death in 1924 with a storytelling area in Central Park. The Conservatory Garden, which reopened to the public in 1937, was chosen as the perfect site for the memorial. Some refer to the two figures, a reclining boy playing the flute and a young girl holding the bowl, as effigies of Mary and Dickon, the main characters in Burnett’s The Secret Garden. The bowl is a functioning birdbath where small birds drink during three seasons of the year. The sculpture stands on the edge of a small concrete pool that features a variety of water lilies. In 1994 the plumbing was replaced so that the fountain, long inactive, was again functional. Today the restored fountain beautifully complements the well-maintained seasonal floral displays.