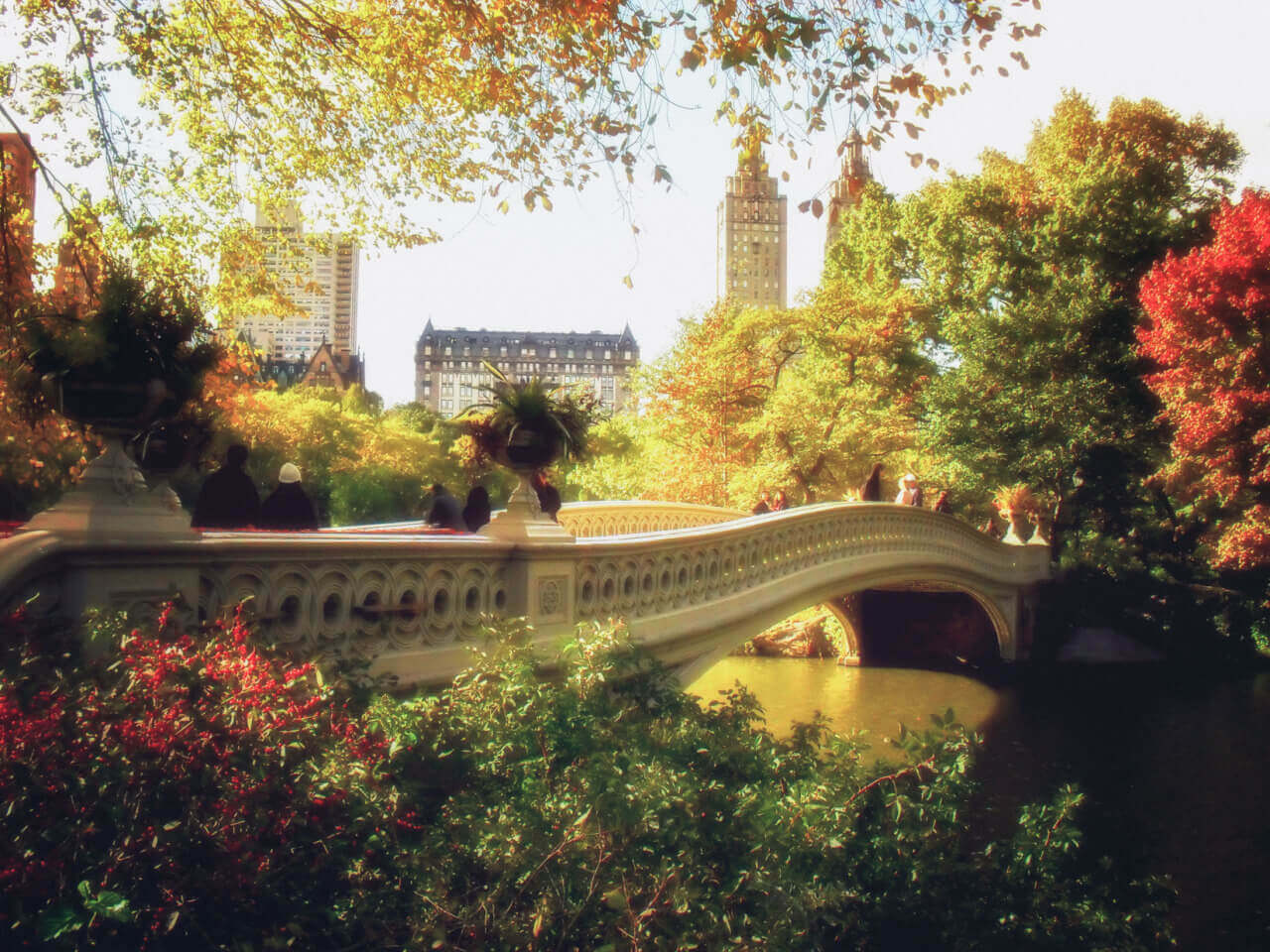 Though New York City might bring to mind soaring skyscrapers and noisy streets, the Big Apple isn’t without signs of nature. Nestled in tranquil Central Park, Bow Bridge spans the lake, a water body of 20 acres, to connect the relaxing atmosphere of Cherry Hill and the serene woodlands of the Ramble.

Named for the graceful bend that reminds one of an archer’s or violinist’s bow, the Bow Bridge in Central Park was the invention of Calvert Vaux, the co-designer of Central Park, and Jacob Wrey Mould, the architect of many Central Park structures. Using ironwork from the same company that provided material for the Capitol’s dome, Vaux and Mould cast the Bow Bridge in cast iron and laid the walkway in South American hardwood. The style hearkens to Classical Greek and Renaissance Gothic, made elegant by various foils, including the five-lobed, flower-like cinquefoil.

Originally planned as a suspension bridge, the low-lying style used instead has made the Bow Bridge in Central Park the perfect setting for romantic film scenes and beautiful photographs; you can catch glimpses of this handsome structure in Manhattan, The Way We Were, and Keeping the Faith. In real life, too, lovers gather on the Bow Bridge. Central Park, with this and other natural settings, is a popular spot for couples to spend an afternoon or evening.

If you stand on the Central Park Bow Bridge in the warm months, you might spot rowboats bobbing beneath. In the spring, petals from Cherry Hill decorate the surface of the lake. No matter what time of year you visit, you’re sure to capture striking photographs of 5th Ave. and Central Park West in this refined, artfully situated setting.

The Best Way to Visit the Bow Bridge

Renting a bicycle from Bike Rental Central Park gives you a comfortable and convenient way to ride through this metropolitan heart of nature and explore the sightseeing delights of Manhattan. From the miles of trails to the picturesque bridges, there’s plenty to see and plenty of time to see it if you have a bike. Discover Bow Bridge in Central Park from the comfort of a bike.

Whether you want a one-hour, two-hour, four-hour, or all-day adventure, Bike Rental Central Park has top-rated deals on bikes for you and your family and friends. Bicycles range in size from baby to adult and come with free locks and helmets. For a few extra dollars, you can add a basket to your bike to store a lunch bag for a picnic in Central Park or a camera to snap a photo on Bow Bridge.

In addition to bike rentals, Bike Rental Central Park offers guided tours of both Central Park and NYC at large. Our tour of Central Park takes you through seven miles and more than 150 Hollywood movie sites in just two hours. Experienced staff enhance the experience with fun facts on the most interesting attractions.

Where Is the Bow Bridge in Central Park?

The Bow Bridge Central Park location is midway through the park, at 74th Street west of Bethesda Terrace.