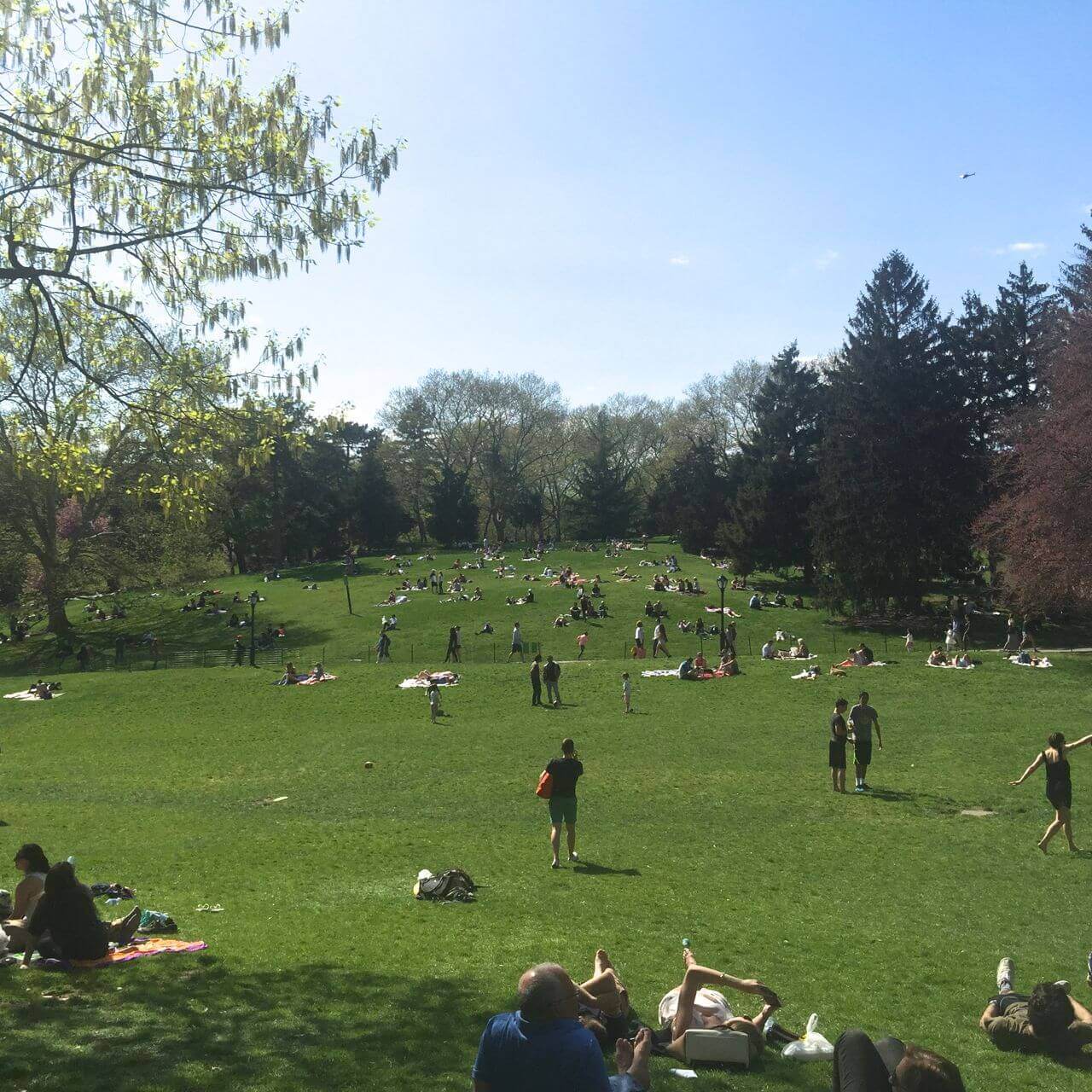 Cedar Hill is an east-facing slope popular for reading, sunbathing, sledding in winter and is a preferred area for dog owners.

The name Cedar Hill comes from the red cedars on its crest, but several other varieties of evergreens dot the hill as well. At the southern border is Glade Arch, a handsome stone archway that originally supported traffic to Fifth Avenue. The south slope is called "Cat Hill" by joggers for its statue, 'Still Hunt', of a large stalking cat. In spring, a variety of flowering bulbs and perennials are featured on either side of the arch's pathway. To the north is the Metropolitan Museum of Art. Hidden deep beneath the north end of Cedar Hill runs New York City Water Tunnel No. 3 with its valve chamber, due to carry some of the city's drinking water when completed in 2020. As long as Central Park gets more than six inches of snow, the sledding areas that have been closed for the season re-open for kids of all ages to enjoy so grab your sleds and head fro Cedar Hill!