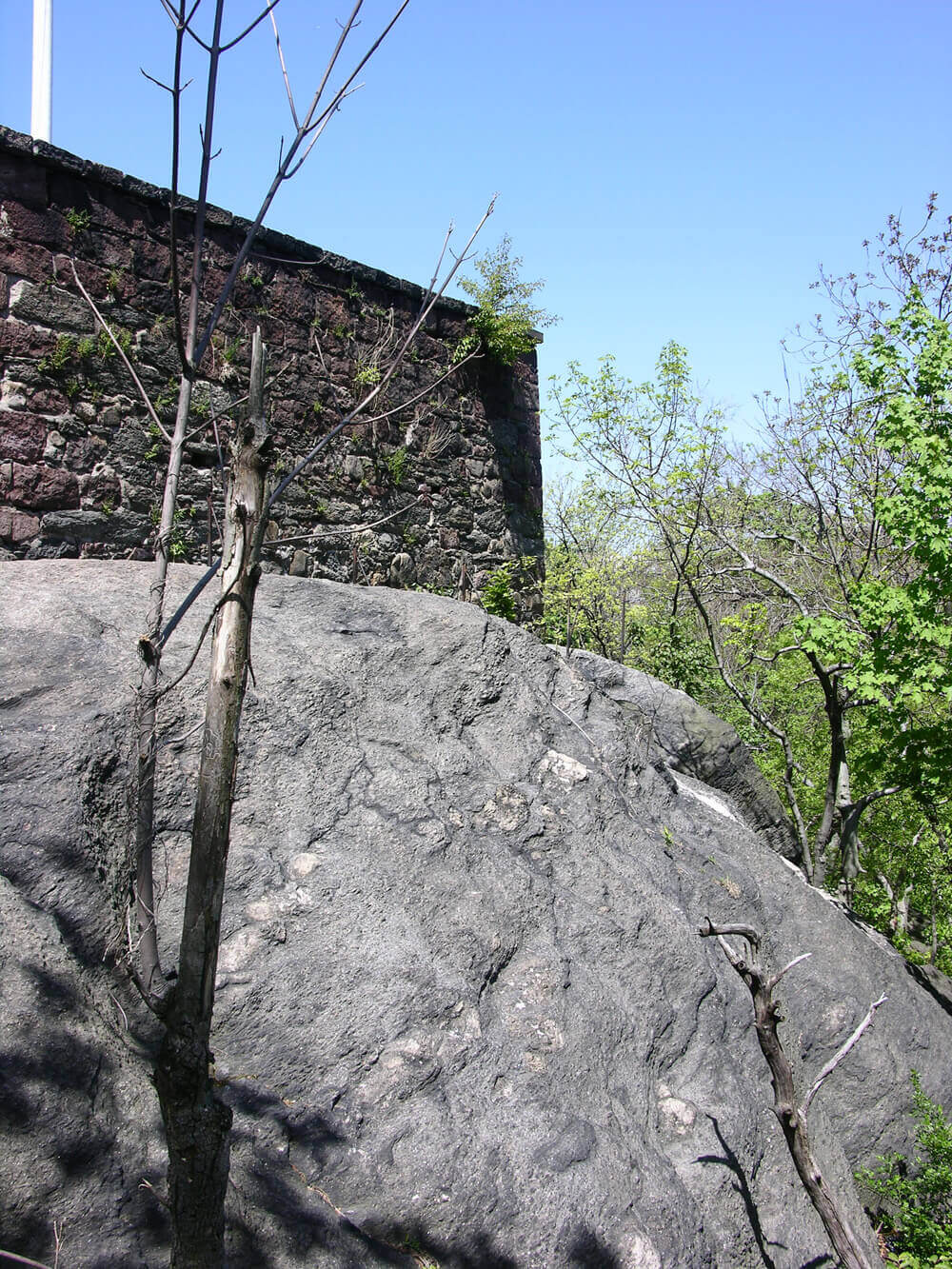 Blockhouse No. 1 stands in the northwest corner of the Park, in a wooded area that is rugged, high and hard to reach.

Central Park's oldest building,located south of North Drive and north of Huddlestone, the building overlooks Harlem Meer and the Loula D. Lasker Pool-Rink. It is the only remaining fortification of the many built in 1814 to defend against the British. It stands on the edge of a high precipice above the lower topography of Harlem. The rugged stone structure once had a sunken wooden roof and mobile cannon that could be deployed quickly. At its height, nearly 2000 New York State militia men garrisoned the fortifications. However, the British did not attack New York City, and as such the Blockhouse never saw combat. Today, the Blockhouse is empty, roofless, and securely locked. It is the second oldest structure in the park, aside from Cleopatra's Needle. Olmsted and Vaux, the designers of Central Park, treated Blockhouse No. 1 as a picturesque ruin, romantically overrun with vines and Alpine shrubbery.
Occasional tours are provided by the Urban Park Rangers, but independent exploration of the internal fort is not allowed.