The Mall and Literary Walk 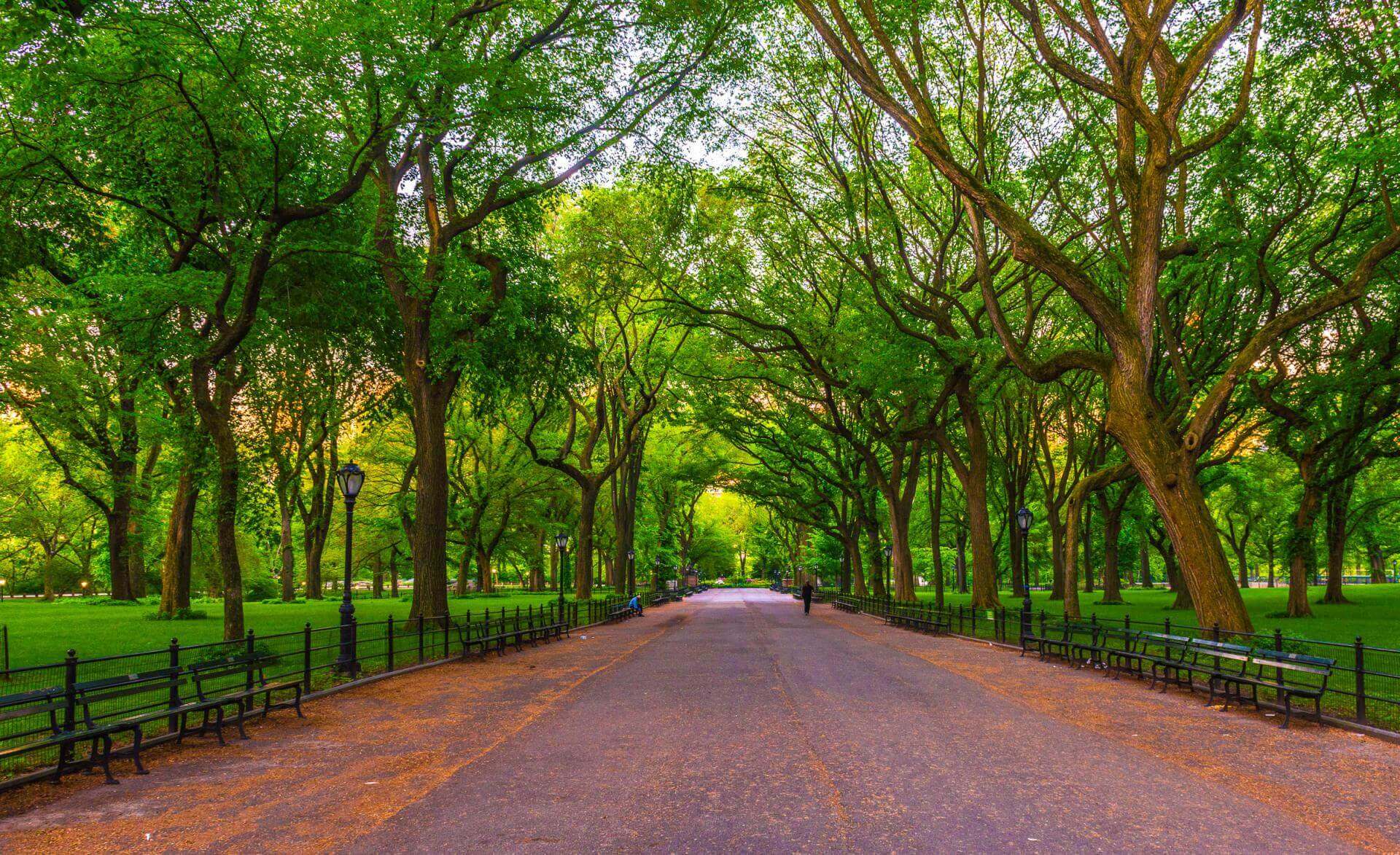 The Mall and Literary WalkThe Highlights

The Mall, a quadruple row of American elms, is the Park's most important horticultural feature.

The mall, leading to the Bethesda Fountain, provides the only purely formal feature in the naturalistic original plan of Frederick Law Olmsted and Calvert Vaux for Central Park.The Mall was designed so that a carriage could discharge its passengers at the south end, then drive round and pick them up again overlooking Bethesda Terrace. Featuring one of the largest and last remaining stands of American Elm trees in North America, these elms form a cathedral-like canopy above the Park's widest pedestrian pathway and are one of the Park’s most photographed features. The quarter-mile pedestrian path is the only intentionally straight line within the Park. Taking care of these trees is a full-time job for the tree crew. Each of the Park's thousands of trees are entered into a database, so they can be monitored. The trees of Central Park have an important impact on the urban environment. They improve the quality of our air and water; reduce storm water runoff, flooding and erosion; and lower the air temperature in the summer. This is why Central Park is called the lungs of New York City. The southern end of the Mall is known as Literary Walk and the statue of Christopher Columbus is a bit of an anomaly, since 4 of the 5 tributes here depict prominent writers. Nearby are William Shakespeare, Scottish poet Robert Burns and his compatriot, Scottish novelist Sir Walter Scott. A little farther north is Fitz-Greene Halleck, the first statue of an American to be placed in the Park. Ten years after his death, he was still so beloved that over 30,000 adoring fans came to the unveiling of his statue by President Rutherford B. Hayes and his entire cabinet. Today hardly anyone knows his poetry or his name!