New York City is never short on destinations to visit, and few are more famous than Central Park. The park, which covers 843 acres, has lawns, trails, lakes, and more for visitors to explore, and it's a popular place with bicyclists and joggers thanks to its many miles of trails. At Bike Rental Central Park, we know that there is simply no better way to enjoy your time in Central Park than on a bike, but if you don't have a bike of your own, don't worry: You can rent a bike that fits you and get out on the Central Park bike path in no time.

Miles of Attractions on the Central Park Bike Path

Along the Central Park bike loop, you'll pass most of the park's major sights. Pedal past the Shakespeare Garden and you might be able to hear the actors on stage at the nearby Delacorte Theater. Explore the Strawberry Fields memorial to John Lennon. Or stop to check out the exhibits at the Metropolitan Museum of Art. It's all at your fingertips while you're biking the Central Park loop. 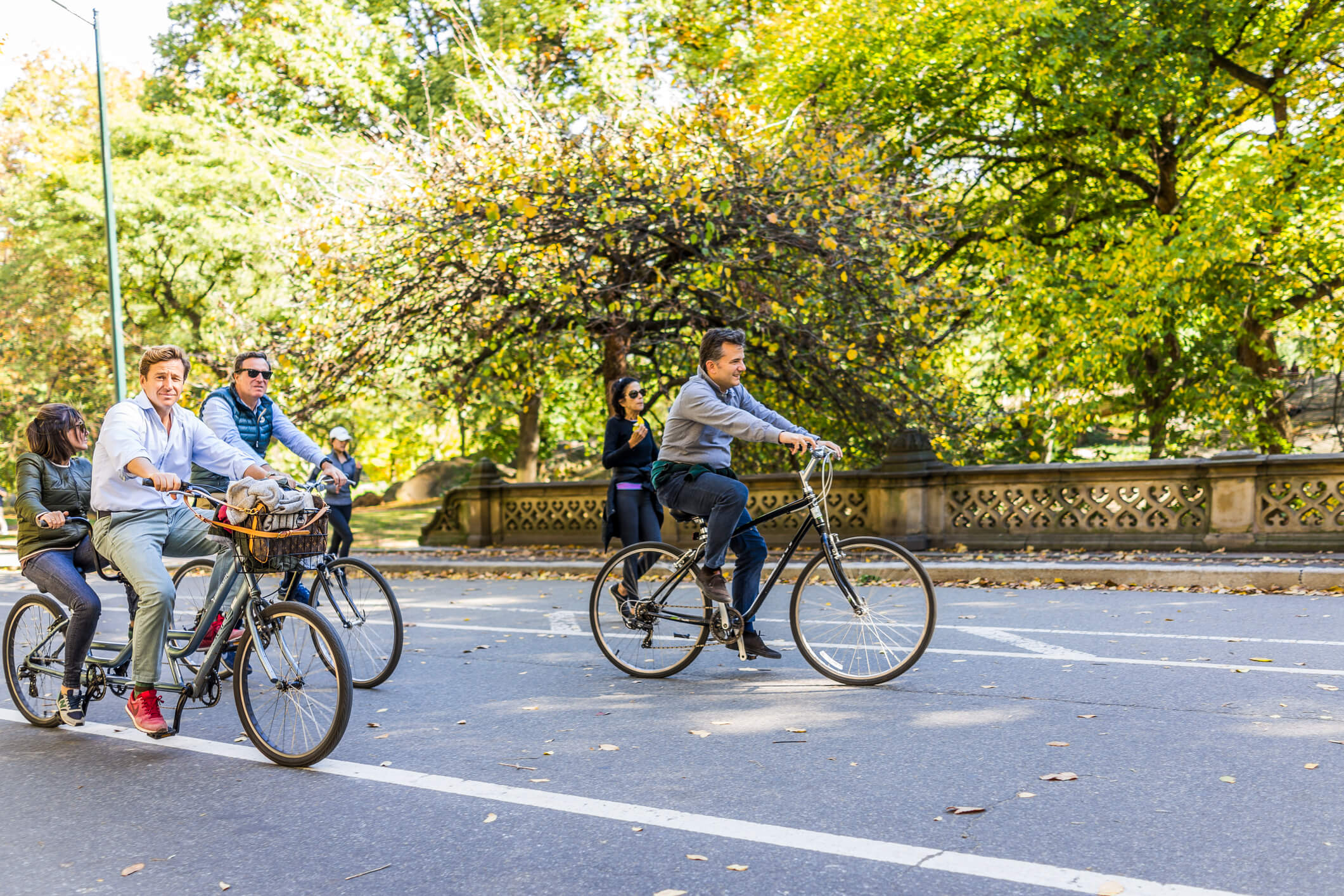 The park's bike paths are often broken down into a few different loops, but the largest one, which runs up and down the entire park, is a little more than 6 miles long. On the Central Park bike loop, miles often fly by because there's so much to see!

How Long Does it Take to Bike the Central Park Loop?

If you're figuring out your vacation timetable and wondering how long to bike the Central Park loop, plan on a minimum of a half-hour, but you'll likely want to take a lot longer than that: After all, you're there to see the sights, not to win a race!

Take a Bike Tour and See it All

Biking the Central Park loop is a great way to see everything that the park has to offer, but to make the most of your visit, consider taking advantage of a guided tour. With our tour, you'll be taken to all of the best stops in the park, including seeing more than 150 filming locations from movies and TV shows. Our professional guides know just where to go to get the most out of your time in the park. Self-guided tours are also available on the best Central Park bike routes.

Whether you're riding solo or with your kids and family or traveling with a large group, we've got you covered. Our selection of bikes ensures we have something for everyone, from children to adults, male or female. You can even rent a tandem bike if you want to ride with a partner. And our bike rental packages take care of everything you need to have a great time traveling the entire Central Park bike path. In addition to a bicycle, you will be given a safety helmet as well as a chain lock in case you want to get off your bike and explore on foot for a while.

At Bike Rental Central Park, we offer hourly and full-day bike rentals as well as tours that are the absolute best way to explore Central Park and the Central Park bike loop. They are safe, easy, and convenient. The park's beauty has to be seen to be believed, so get on a bike and see as much of the park as possible! Make a reservation now and you'll be thankful later: Sign up and save today.