Tavern on the Green 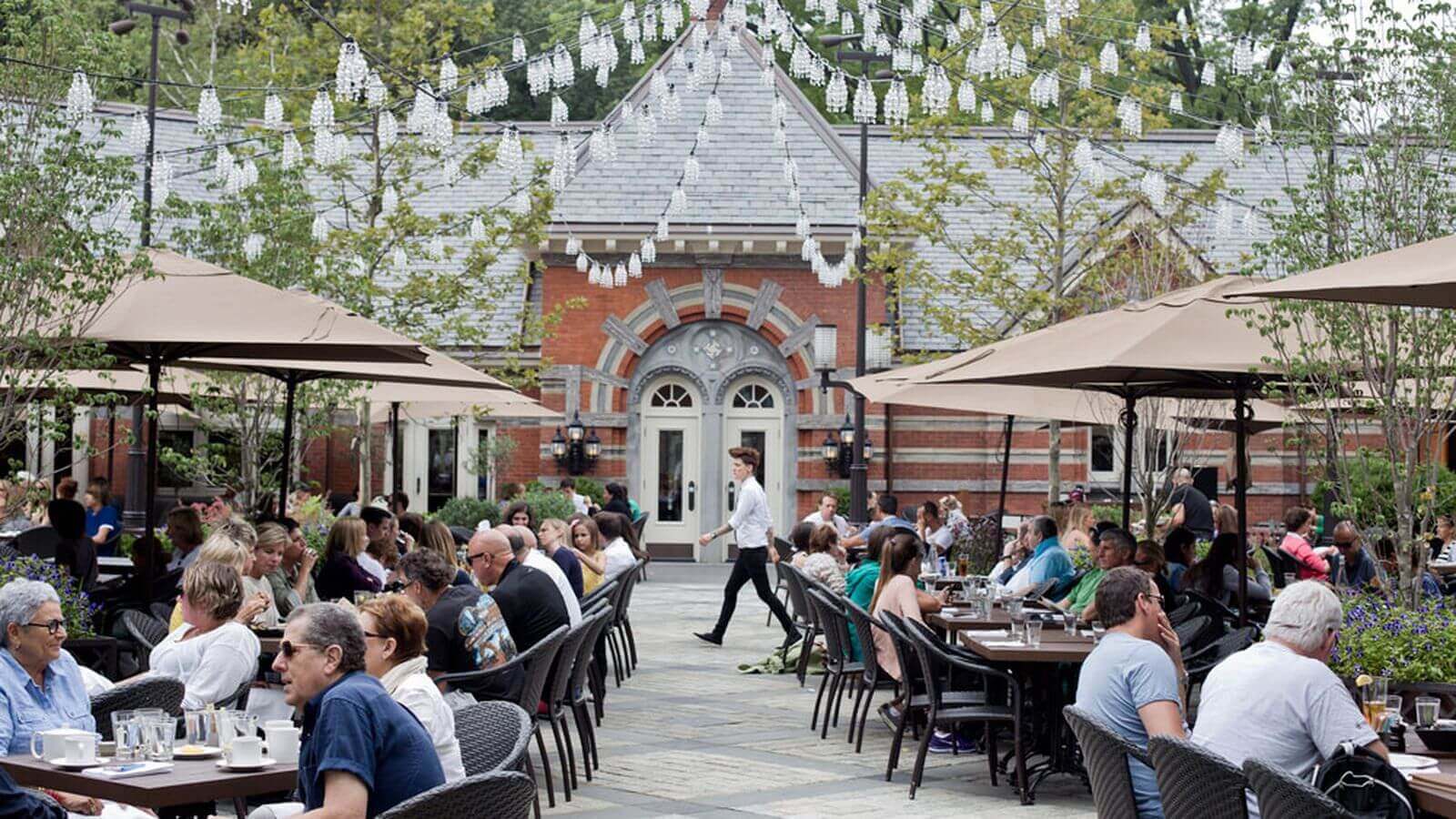 Tavern on the GreenThe Highlights

Tavern on the Green in NYC’s Central Park is a favorite among locals and tourists alike. Anyone visiting the area won’t want to miss an opportunity to dine at Tavern on the Green; New York City’s unique energy is palpable in everything served there. This popular landmark and icon in NYC includes a delectable menu, outdoor seating options, and a dance floor. When biking through Central Park, you’ll have the perfect chance to see this beautiful NYC icon for yourself.

Tavern on the Green History

Tavern on the Green in Central Park was established as a restaurant in 1934. Calvert Vaux was the original designer of the building constructed during the 1800s as a sheep fold to shelter the hundreds of sheep that once grazed in New York’s Central Park. In 1934, Parks Commissioner Robert Moses had the idea to turn the structure into a restaurant as a part of park renovations that were happening at the time. For the ceremony for the initial opening of Tavern on the Green, New York society came out to show their support, and the mayor opened the restaurant with a brass key.

This originally seasonal restaurant became popular when it was open in the summer, likely because of its great food and outdoor seating. It wasn’t until later that it became a year-round restaurant. A couple of decades after opening, the restaurant was renovated and expanded to include new rooms and its notable dance floor. In 1974, Tavern on the Green closed its doors, reopening two years later after an extensive renovation that included the addition of the Crystal Room and the Terrace Room. With the reopening of Tavern on the Green, New York City’s Central Park landmark eatery was back, bigger and better than ever with chandeliers, stained glass, etched mirrors, and much more.

Celebrities and notable names flocked to experience Tavern on the Green in NYC, helping to make it one of the finest restaurants in the Big Apple. John Lennon celebrated a few birthdays there during the 1970s. Grace Kelly and Fay Wray were also known to frequent the club. A few Broadway shows have also chosen the Tavern on the Green as the venue for their opening night celebrations.

Where Is Tavern on the Green in Central Park?

Tavern on the Green is located at 67th Street and Central Park West. It is just a short bike ride away from our bike rental store near Columbus Circle.

Today, this iconic gathering place seems to pull both locals and tourists to its warmth. Celebrate any day or special occasion with a delightful visit and meal. The Crystal Room continues to be a popular space inside the Tavern on the Green in New York, NY. Patrons have always loved being seated in this room because it allows you to look out over the gardens while you eat. Note that reservations may be available two months in advance.

Bike Tour to See Tavern on the Green

If you do not make a reservation to dine, you can still enjoy the views. A bike tour with Bike Rental Central Park is a great way to experience this iconic landmark and surrounding area. Reserve your bike rental online today. We also offer a guided bike tour through Central Park that’s perfect for those unfamiliar with the area and its many attractions. We offer top-rated bikes in all sizes for both adults and children, and our bikes are safe and comfortable to ride. Don’t wait to book! Your New York City adventure awaits!