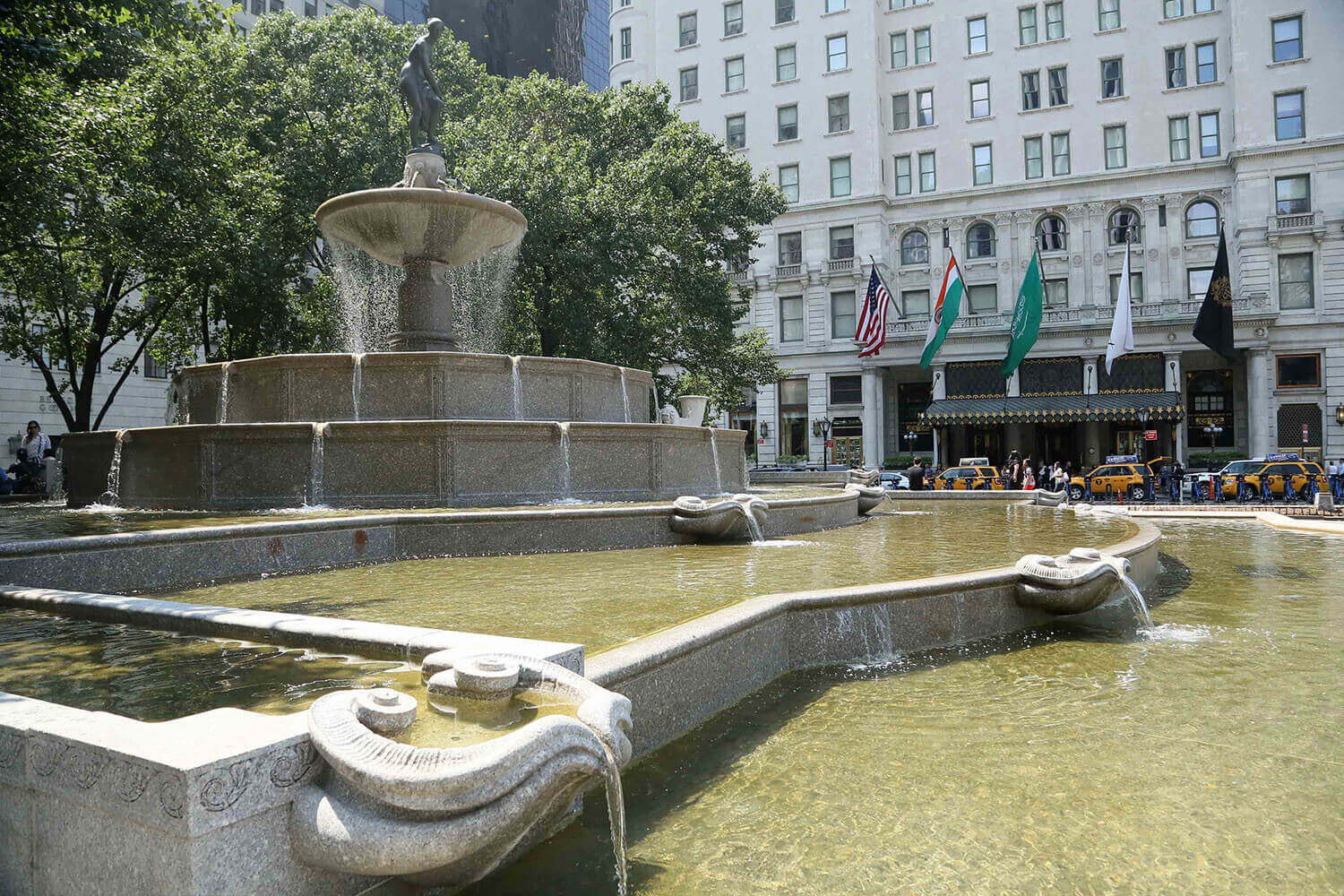 This impressive ornamental fountain was donated by publisher Joseph Pulitzer.

Hungarian-born Pulitzer moved to New York in 1883. Pulitzer took ownership of the New York World, the sensational, gossip-filled tabloid that, along with William Randolph Hearst’s New York Journal, marked the beginning of the era of yellow journalism in the United States. He also helped institute the Pulitzer Prize, the prestigious award given each year to various journalists, writers, and composers. When Pulitzer died in 1911, he bequeathed $50,000 "for the erection of a fountain like those in the Place de la Concorde, Paris, France." The 22-foot-tall ornamental fountain was dedicated in 1916 in Grand Army Plaza.

Tavern on the Green