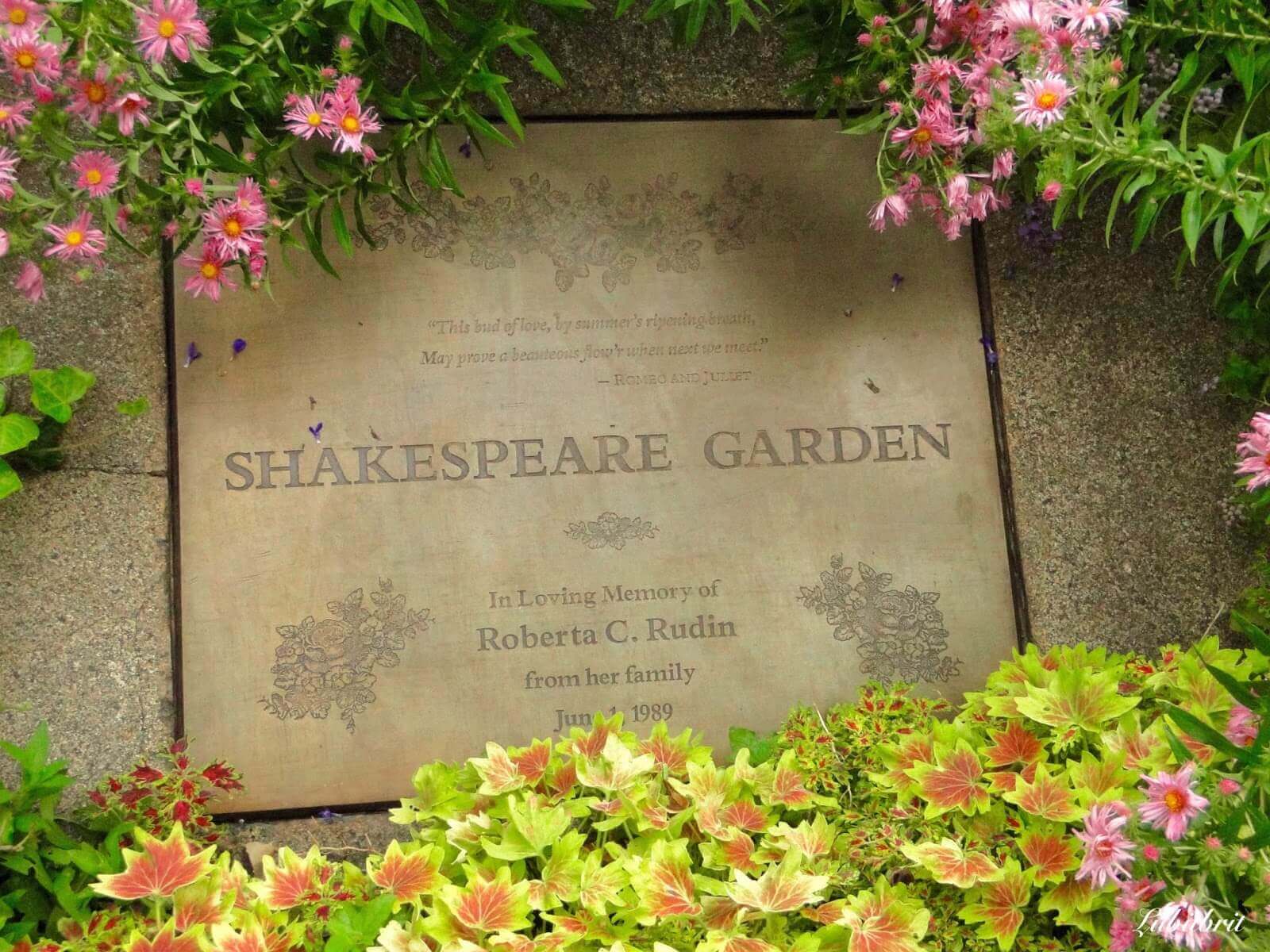 The Central Park Shakespeare Garden may not be as well-known as some of the other iconic landmarks in the area: In fact, this ethereal garden may be one of New York’s best-kept secrets. When strolling or biking through Central Park, taking a detour to explore the Shakespeare Garden can be a breathtaking adventure. We’d love to help you see it for yourself on a guided bicycle tour with Bike Rental Central Park.

From Page to Park

At the Shakespeare Garden, Central Park visitors can find a little slice of British countryside in the Big Apple. This idyllic site is situated on the western side of Central Park between 79th and 80th streets. Named for playwright William Shakespeare, this garden was designed to replicate traditional English gardens. Step onto the winding paths of the Shakespeare Garden and feel all the cares of the world melt away. The garden spans four lush acres, and growing in it are plants that have been mentioned in the many works of Shakespeare.

On the 1916 tricentennial of Shakespeare’s death, the Shakespeare Garden was dedicated in Central Park. Leading up to this moment, Dr. Edmond Bronk Southwick was the person who conceived and created the garden for where undeveloped land had once been. The original purpose of the garden was to be a spot where children could learn about and appreciate nature. Since its inception, the Shakespeare Garden has been overseen by several groups. About three decades ago, the Central Park Conservancy undertook a massive restoration project that involved expanding the garden, adding paths, and installing railings and benches.

What You’ll See in the Shakespeare Garden

Central Park visitors will find that the garden is the most impressive in the springtime, since you’ll be able to experience the garden as it wakes from its winter sleep. Thousands of bulbs burst forth from the soil, providing a riot of color from tulips, anemones, crocuses, daffodils, and more. As the growing season proceeds, visitors are treated to color and scent shows from roses, lilies, and hellebores. Local wildlife loves the garden, too, so expect to catch glimpses of hummingbirds, butterflies, and bees as they flit from flower to flower.

Planning a Visit to the Central Park Shakespeare Garden

Now that you know the history, you have probably put the Shakespeare Garden high on your list of places to visit in Central Park. We can help make it easier for you to explore this beautiful space: Book with Bike Rental Central Park for a guided tour, or rent a bike and set out on your own. We have bikes in sizes to fit everyone, and our top-rated bikes are both safe and comfortable. When you buy a tour package online, you’ll be all ready to go once you get to NYC. When you get to the garden during your tour, you can hop off your bike and wander the pathways. Be sure to see the Whisper Bench: If you sit on one end of the bench and whisper into the corner, it will send the whispered words only to the person sitting on the other end of the bench. The garden also has 10 small plaques hidden throughout, each of which has a Shakespearean quote about horticulture engraved on it. Can you find them all?