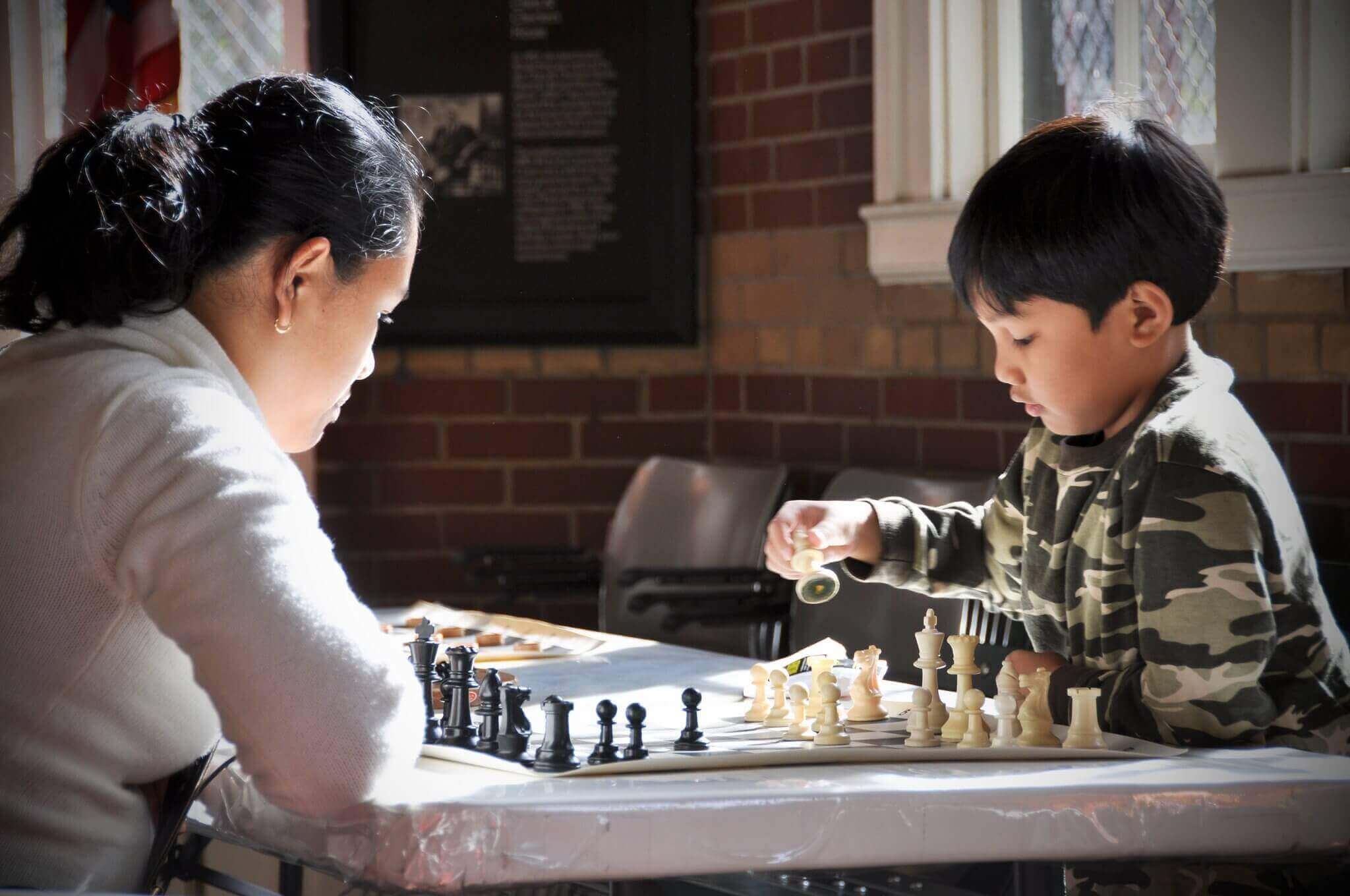 The Chess & Checkers House is one of five visitor centers in the Park.

Central Park’s Chess and Checkers House is one of several visitors’ centers within the park. Players are welcome to borrow pieces from the Park staff, or bring their own and dominos and backgammon are also available. Though you can play chess in almost any New York City Park, only at the Chess and Checkers House can you borrow pieces for your game. Soon after the Park was opened in the 1860s, it was criticized by local newspapers for its lack of facilities for children and their caregivers. The commissioners responded by creating a Children's District in the southern part of the park. The features included the Dairy and the playground (now Heckscher Playground and Ballfield.) In 1952, the Chess & Checkers House was constructed. The 24 tables surrounding the pagoda have ample shade, ideal for a chess match any time of year. If you don’t have a partner, the park staff will help you find one. This spot is frequented by those who play chess nearly every day as well as chess neophytes looking to improve their game.