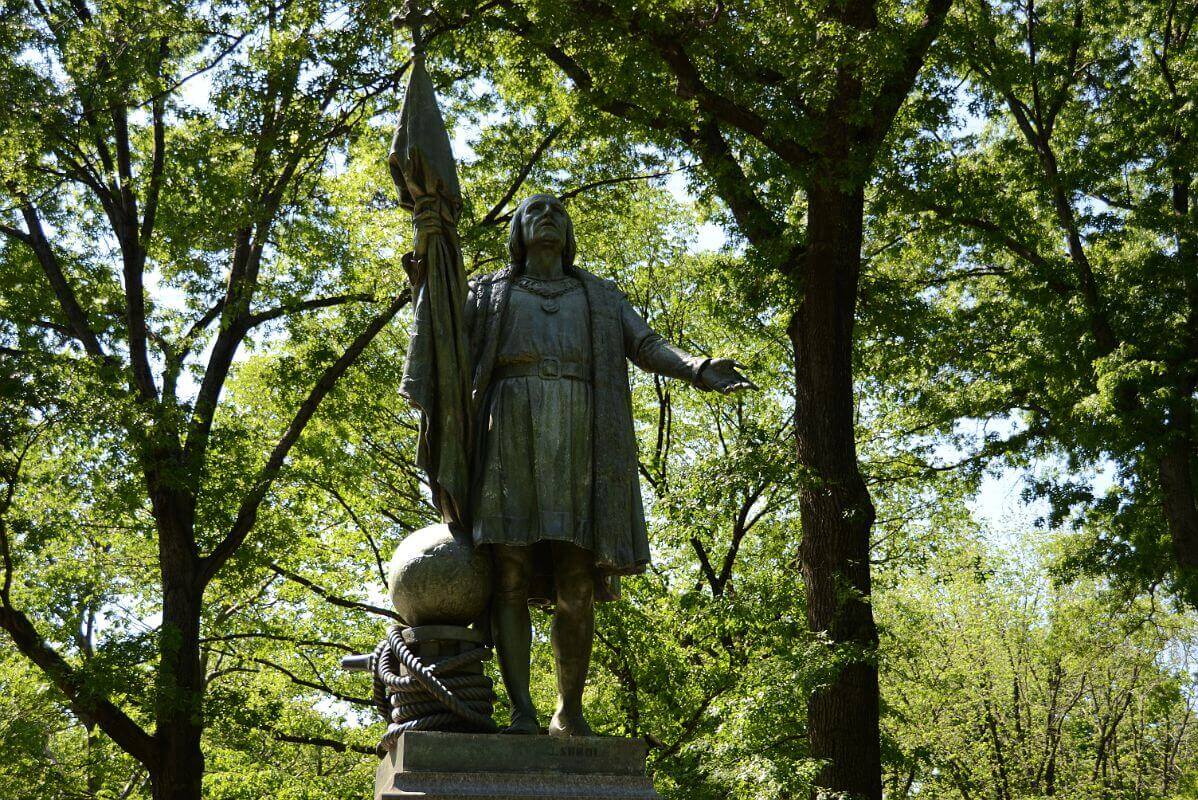 To commemorate the 400th anniversary of Columbus's arrival in the Americas, this statue was commissioned.

The New York Genealogical and Biographical Society commissioned Spanish sculptor Jeronimo Sunol (1839–1902) to create this bronze portrait sculpture of Columbus to celebrate the 400th anniversary of Columbus's arrival in the Americas. The statue bears similarities to Sunol’s Columbus monument installed in 1885 at the Plaza de Colon in Madrid. The Sunol monument portrays a spiritual explorer with his outstretched arm and eyes looking upward to heaven in gratitude for his successful voyage. The New York version was placed in the park in 1894 at the foot of the Mall, and is today one of two monuments of Columbus found in the park's environs, the other being the statue surmounting the column at Columbus Circle. The statue rests on an elaborately carved granite pedestal and It complements the monuments of Shakespeare, the Indian Hunter, and Sir Walter Scott and Robert Burns installed earlier in the southern region of the Mall in Central Park.