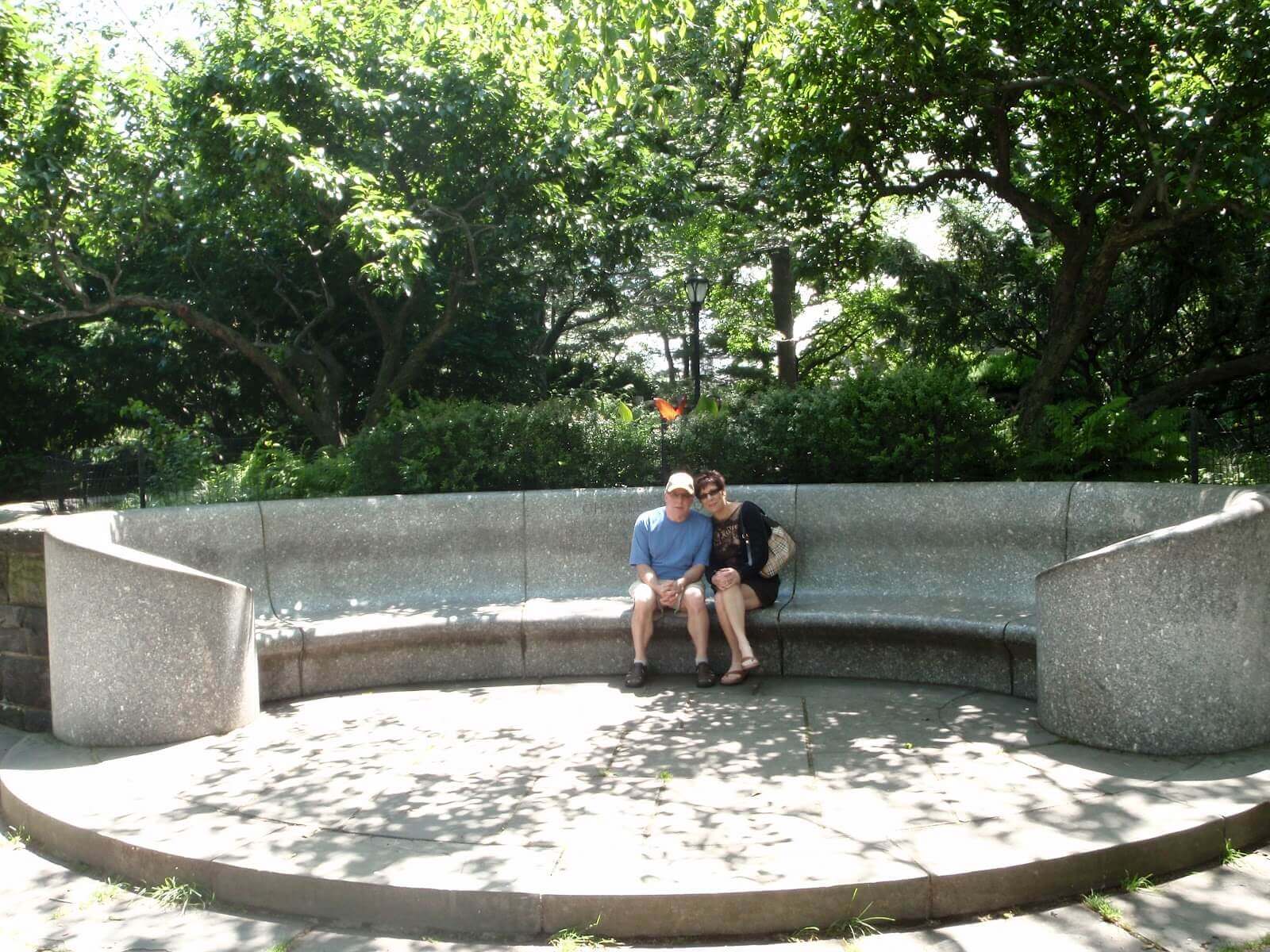 This 20-foot granite bench is one-of-a-kind in Central Park, due to the fact that it curls inward at each side.

It is known as the "Whisper Bench" because if you whisper into one corner, the sound of your voice travels to the other side, similar to the Whisper Wall in Grand Central Station. Tucked amidst the floral beauty of the Shakespeare Garden, at about 80th Street, west of Belvedere Castle, this bench is a charming spot for visitors to sit, reflect, and share whispered secrets. Situated on a natural rock outcropping, it was noted that the location was apt, since during Stover’s time as Parks Commissioner, he had changed this place “from a dilapidated stone mass covered with poison ivy to a rock garden with an artificial stream of water and pools of water lilies.” Named in honor of former New York City Parks Commissioner Charles Stover, the bench was dedicated in 1936. Stover, who helped found the Outdoor Recreation League to serve children of the densely populated Lower East Side, also formalized the creation of the Shakespeare Garden. Stover’s enlightened stewardship and activities as Parks Commissioner appear to have taken a toll on his physical and mental health however. Curiously, in 1913 he told his staff and coworkers that he was going out for lunch then he disappeared for a total of 39 days. He was erroneously thought to be dead in Delaware when a body resembling him was found. After a nationwide search he was found in the Midwest. The Mayor of New York had Stover suspended, and he mailed in a letter of resignation from Cincinnati.