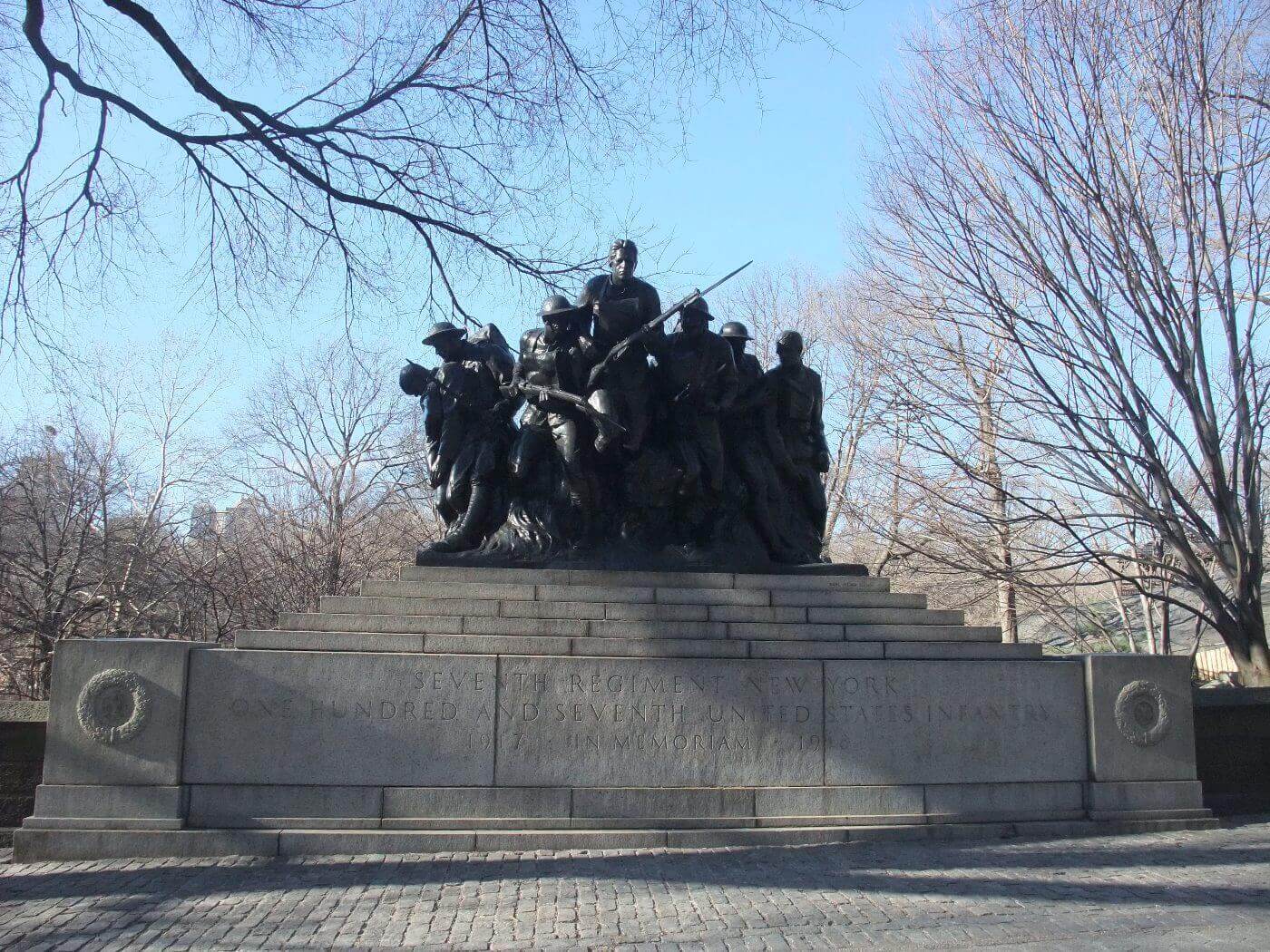 107th Infantry Memorial is an outdoor bronze sculpture and memorial dedicated to soldiers who died in WW1.

The sculptor, Karl Illava, was a sergeant with the 107th Infantry. He captured from memory the myriad emotions and physical responses to war. The seven larger than life-size figures display both the aggressive stance of combat as well as the concerned care of wounded comrades. Over 5,000 people attended the dedication of the monument on September 29, 1927, on the 9th anniversary of the Battle of St. Quentin Canal. When it was unveiled, many people speculated that the lead soldier was modeled after boxer Gene Tunney, but officers of the regiment denied this, saying the sculptor merely had striven to emphasize the characteristic expression of the typical soldier in action.