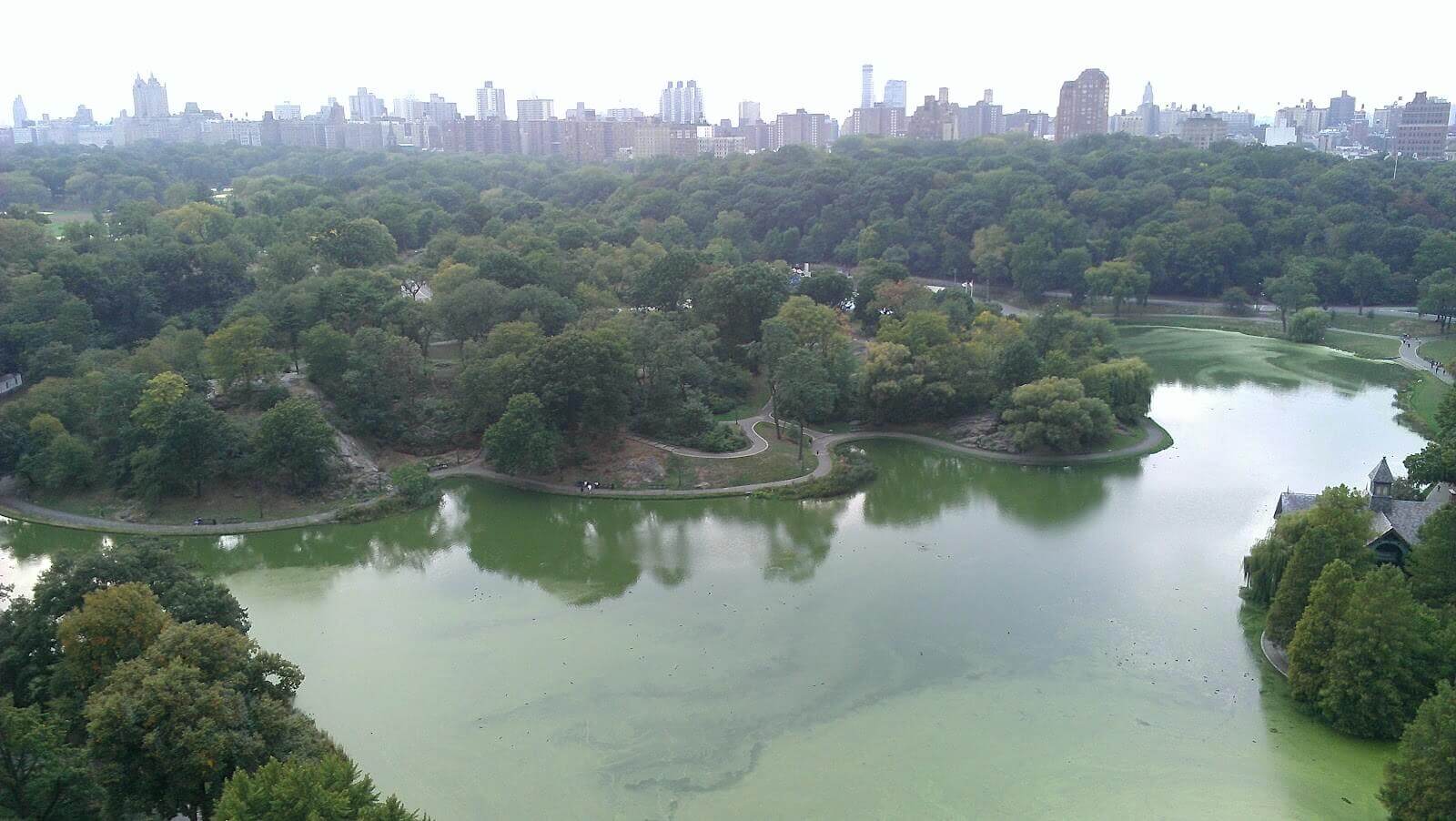 At Central Park's Harlem Meer, you'll find a relaxing spot that also offers catch-and-release fishing, and even swimming and skating. It's a great place to get comfortable or get your blood pumping through physical activities. The meer ("meer" is Dutch for "lake") serves several different purposes, but when you visit, it has only one job: to help you create great memories and give you a reason to come back!

There's much to appreciate about the Harlem Meer. Central Park simply wouldn't be the same without this 11-acre, man-made body of water. Created by Andrew Haswell Green under the advisement of Calvert Vaux and Frederick Law Olmsted, it can be found at Central Park's northeastern end. Though our expert guides will be happy to help you explore and learn about this site, you won't need a guide to find the Harlem Meer: Central Park's Conservatory Garden, is south of it, meaning that after appreciating the floral bounty of the gardens, you can explore this body of water by hopping on a bike and going for a quick ride north. At Bike Rental Central Park, our bicycle rentals and tours make it easy for people of all ages see the park and have fun doing it!

The Design and Boundaries of Harlem Meer

Practical design ideas made this location perfect for the meer's creation, since it was already a convenient, low-lying wetland that was semi-brackish and led into the East River for easy maintenance of water levels. The Harlem Meer's existence expanded the boundary of the original version of Central Park. Harlem Meer boundaries now push past 106th Street, which is where the first iteration ended. As it took up a significant amount of space, it acted as a buffer between Harlem and the rest of Manhattan, clearly delineating where one area started and another ended.

One of the meer's most notable attributes is its shoreline. Wrapping itself around the bluff, it seems to wind and twist in a way that makes it perfect to explore. The meer's bluff has a baked-in sense of history and adventure: you'll find the Blockhouse here, an intimidating defense system featuring the remnants of gun emplacements installed during the War of 1812. Rest assured that although they were intended to dole out destruction, they're safe to be around today.

The Harlem Meer is so much more than just another body of water in Central Park. Harlem Meer enthusiasts love to make it the setting for countless recreational activities. Nature fans will appreciate the wildlife, including turtles and waterfowl, that skitter about the grounds, and those who enjoy fishing can partake in some catch-and-release expeditions and other nature programs sponsored by the Charles A. Dana Discovery Center. Visitors who are interested in botany can inspect the variety of trees in the area, such bald cypress, oak, ginkgo, and beech. NYC visitors with small children who are looking for the best way to spend some quality time together may take advantage of two playgrounds and the swimming and skating opportunities offered by the Lasker Rink and Pool.

No matter what you decide to do at the meer, we can help you get there on our well-maintained bikes. Book online with us today for the best price!