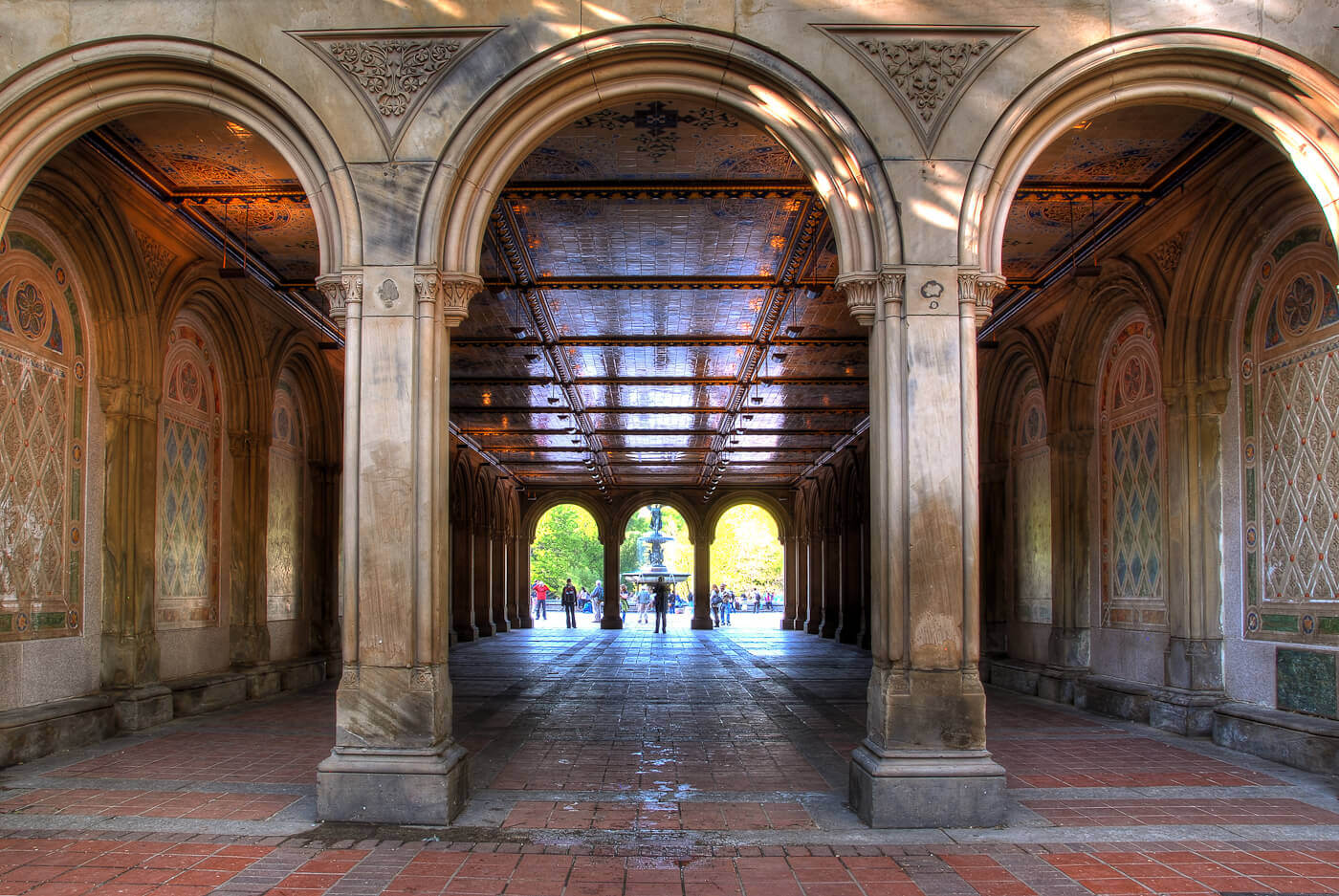 The Bethesda Terrace Arcade was designed as one of the Park's main architectural features.

The Bethesda Terrace, offering magnificent views of both the Central Park Lake and woods, is an architectural marvel. One of the very first structures to have been built in Central Park; its construction began in 1859, continued through the Civil War, and was completed in 1863. The structure's design consists of both an upper and a lower terrace, which are connected by two imposing staircases and a smaller one leading directly to the Mall. The entire terrace is constructed primarily of New Brunswick sandstone, paved with Roman brick, with granite steps and landings. The upper terrace flanks 72nd street and is the site from which amazing views are enjoyed by tourists every year.The lower terrace features the majestic Bethesda Fountain and connects to the Mall providing a platform for viewing the Lake. When designing the terrace, both Olmsted and Vaux agreed that nature, rather than architecture, was to be of paramount importance in their plan and that the terrace would be known as the "heart of the park." The two creators' vision consisted of a place where people could experience nature while holding social gatherings, a place to see and be seen while mingling with like-minded people. It was meant to be an escape from the often stressful and busy urban life of the typical city-dweller. The interior part of the terrace was conceived to be an ornate space that would act as a distinct counterpart to the open terrace and Lake. Installed in 1869, the highlight of the terrace is the magnificent Minton Tile ceiling composed of more than 15,000 colorfully patterned tiles. Normally used to cover floors, the Bethesda arcade is the only place in the world where these Minton tiles are used for a ceiling. Today, the Bethesda Terrace is known for its spectacular views, people-watching opportunities, and frequent appearances by talented street performers.